The Joy of Audiobooking: Books I've been reading lately and a rough summary

So lately, I've been listening to audiobooks on my OverDrive during my 45 minute to 1-hour commute to work.  I've been borrowing audiobooks online from the library from the Los Angeles Public Libary--super-easy to do.  Just had to apply for an e-Card online--pretty easy if you live in LA.

Here are some of the Books I've read since September of last year: 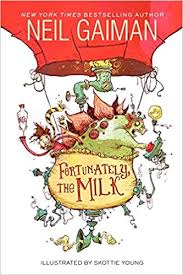 Trying to read Neil Gaiman in the past had been a bit of a struggle--this has always been the case for celebrated authors.  Maybe they're just too clever.  Or, maybe they take too much time trying to set something up that will surprise us.  You get less of that with new authors.  Anyways, I finally finished a Neil Gaiman story and it turned out to be more of a novella--not too long, thankfully.  This story plays with time travel, the murky aspects of storytelling, unreliable narrator, and general good humor.  If you found Bill and Ted and how they bump into their other selves amusing, you'll likely like this one.  Quite kid-friendly even if the whole time traveling aspects might be hard to understand for the little ones. 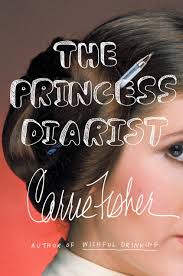 The Princess Diarist by Carrie Fisher

Something of an acerbic memoir by Carrie Fisher about her experience while filming the Star Wars movies and her romance with already-married Harrison Ford, this book is far from the magical Hollywood story a fanboy might expect.  A chunk of it is rather disturbing and dark, with drugs, creepy Hollywood people and their treatment of young women, and co-dependent relationships.  I guess it's not too surprising that Harrison Ford was a bit of a creeper (at least back then). 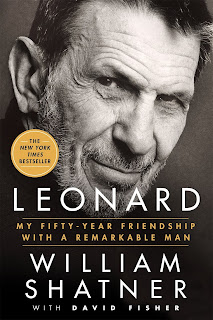 This is about Leonard Nimoy, a biography, as told by William Shatner.  I suppose if Nimoy and Shatner had their many differences, this shows that Shatner had the last word...literally.  Joking aside, this book does bring some light in their relationship.  Shatner says they were pretty close friends even despite being annoying to each other.  One can't help but notice this is Shatner's story as well as Nimoy's story.  With that said, the picture he paints of Nimoy and himself is neither rosy or self-congratulatory.  They both have their flaws, and Shatner does not come off snarky, but rather sobering and heart-felt. 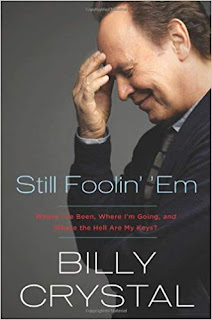 A memoir by Billy Crystal, you get a good glimpse of the man himself.  You get everything about his career, his relationships with certain actors and people, and those "back in the day" good 'ol moments of nostalgia.  Billy Crystal does seem to have a dark sense of humor, and as he ages, his jokes probably has become more about his doom and the humor in it. I suppose that's what most satirists do anyway?  Always fun to read about The Princess Bride, wherever you hear it from.  Also, Billy says Orson Welles was a bit of a slob and a jerk. 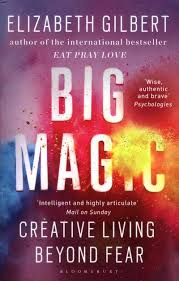 It's funny.  I think I really enjoy the way she writes.  The problem is I don't remember most of what she wrote.  I do remember enjoying it.  She previously wrote Eat Pray Love, which I've also read (in audiobook).  I enjoyed that one.  I read it because it had travel and food in it (both pluses) and I wanted to know why it was popular.  I can appreciate the "hopefulness" of her writing.  I've read poor writers before and she is not one of those.   With that said, I know this book was about creativity, but I can't remember much about it.  She may write well, but she'd be a bad text book writer--because I wouldn't remember what she wrote. 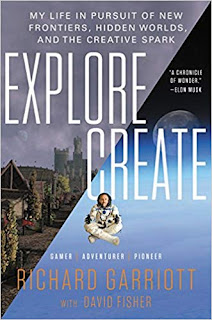 I grew up in the 80's playing Ultima games on my Apple IIe.  Richard Garriott aka. Lord British was the programmer for those games.  He essentially created the very first role playing game on the computer.  He eventually made Ultima Online, the first online role playing game ever.  Afterwards, he followed in his father's footsteps and went into space as a part-time astronaut.  He also did some deep-sea diving like James Cameron.  You can't help but be impressed about his accomplishments.  He writes pretty much as he went through the 80's and 90's and it's a fun trip down memory lane.  You also get to hear about the intricacies of space travel and how he got Stephen Hawking to experience zero gravity inside a plane.  Pretty impressive, I have to say.  Some may think he could come off as pompous, but ultimately, he is a big kid at heart, and I fully appreciate that.  He is not trying to show off, but simply doing what he has always wanted to do.  And, does it. 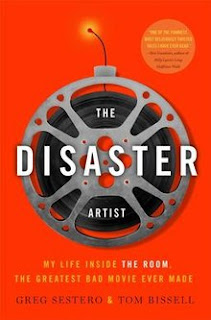 The Disaster Artist by Greg Sestero and Tom Bissell

I've read the book before.  But, now I've heard the audiobook.  This audiobook is a hands-down masterpiece.  Greg Sestero reads his own book and imitates Tommy Wiseau perfectly.  The book (if you haven't seen the James Franco movie) is about the making of the "worst movie ever made" called The Room, directed by Tommy Wiseau.  More than that, it is about the blind boldness of artistic (or un-artistic) vision and people in it and people surrounding it and its effect on society.  The book is strange, dark, and disturbing....and hilarious.  It is about loneliness.  It is about creativity (or lack thereof).  I've laughed out loud in my car more than a half of a dozen times as I was driving.  Other drivers must've thought I was crazy. Bit By Bit by Andrew Ervin

A cursory history of video games from its inception to the modern times. Is video game art?  The authors says yes.  Admittedly, no one questions that nowadays.  There's just so much of it now, after all.  The book is a fun read if you feel nostalgic.  I have a tendency to love video game nostalgia.   If one expects any new insight in the world of video games, this book probably doesn't deliver anything you probably haven't already read in recent articles. 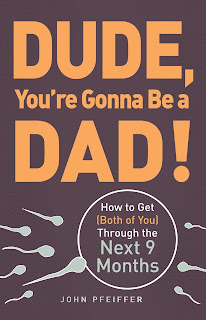 Dude, You're Gonna Be A Dad by John Pfeiffer

A humorous, informational book for upcoming dads (like myself). This one was a fun listen.  The guy is funny and gives lots of good information about what to expect, questions to ask, and what to expect.  It was fun just listening to the guy, which is a bug plus.  It's not a topic one usually listens with an expectation to be entertained, but he made it very palatable. 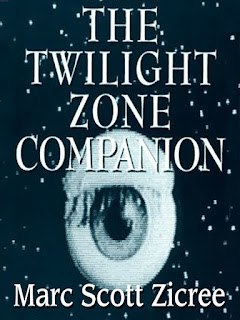 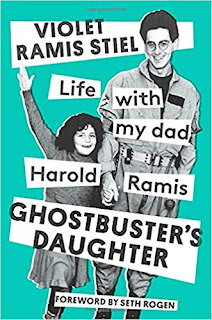 After Harold Ramis died, his daughter decided to write a biography about her dad.  The book is half about Harold Ramis and half about the daughter herself, who had quite a tumultuous life.  Their relationship also had their ups and downs. You also find that Harold Ramis was a bit of a mixed bag in real life.  You often don't hear about the drugs and irresponsibility that pervaded the earlier part of his life--it's probably something that is a part of Hollywood in general.  It is an interesting read. 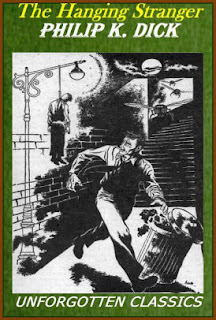 This was one of Philip K. Dick's short stories in audiobook form.  I've always been a fan of his writings.  They're quite a head trip.  He writes in simple sentences which I've always appreciated.  This one definitely feels right at home next to his other stories.  Engaging. 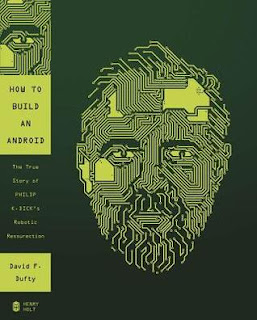 How to Build an Android by David F. Duffy

This is a true story about a Philip K. Dick android head that was created by Hanson Robotics.  It had eye sensors, expressions, and a smart AI that could answer any questions it was asked.  It was quite advanced and it looked and acted like the late author.  Then, the head went missing (or stolen) while being transported during a flight.  The book goes on to various aspects of Philip K. Dick's life as well as how artificial intelligence programming has evolved over time.  Read by Bronson Pinchot (Balki from Perfect Strangers) without the fake accent, this book is a good read if you're into either the history of AI or Philip K. Dick.  Overall, a pretty good read.


Looking back, it's nice to see myself getting back into audiobooks.  I'm giving myself a nice self-congratulatory pat on my back.  It's kind of nice to write little reviews again.  Or, I should say, writing in general.

Eventually, I'll probably go into writing about podcasts and even Netflix movies and shows I've been seeing.  But, that is later.