So, I realized today...  Sometimes that I forget that I had a blog.  Today is Pie Day.  This meme picture pretty much sums it up for me: 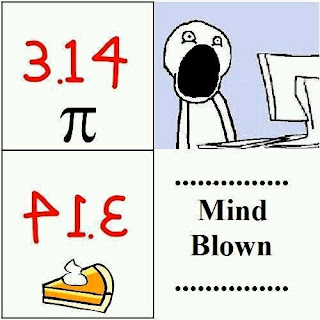 I love Pie Day, especially at my work.  They usually provide pie to share with us.  If you're in the education or math/science field (I create art for an educational game called "The Foos"), Pie Day is somewhat more significant. Today, we had free pizza at work (it's still pie).  Huge pizza. 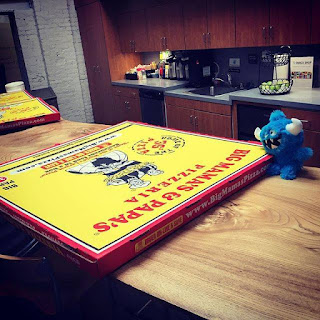 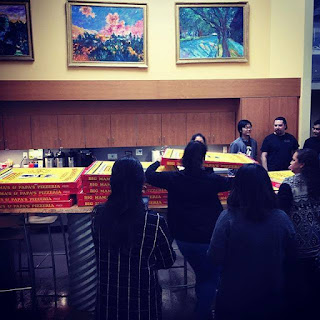 I honestly did not know they made pizzas that big. It was pretty good pizza.

Speaking of Pie...or Pi, for that matter, physicist Stephen Hawking passed away yesterday in England also on Pie Day (a day is earlier there).  I have yet to read his A Brief History of Time, but I do have the book on the shelf somewhere, perhaps at my parents' place.

I'm reminded of the Star Trek episode where Stephen Hawking appeared, playing poker.  Quite an amusing moment for the show.

One can make a lot of interesting allusions using poker as a metaphor for life.  Someday, I will write something about it.  Generally, it's about making the most of the cards you've been dealt, and how it both relates to free will and destiny at the same time.  The cards are usually always partly hidden, otherwise we would never try to play it.  The mystery is supposed to be a good thing, sort of.  Perhaps related to the same reason that we don't tell our kids everything...until a proper time.  One can go on and on...  I will bore you later with it.

Yesterday was the fourth anniversary of the company I work at.  Thus, we had some awesome cupcakes based on the characters of our game: 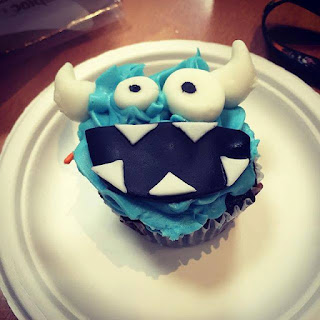 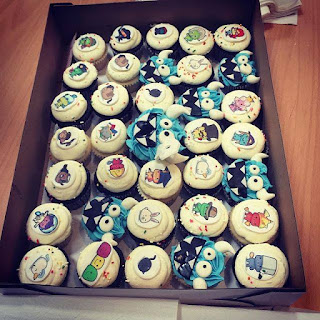 It was pretty sweet.  Literally.  Yeah, I can't eat sweet things too much.  Luckily I had some milk to go with it.  It made the cupcakes so much better.  Also made me a tad hyper.

Getting Back Into Designing

Lately, I've gotten back into T-shirt design.  I'm creating a design for a coworker who is moving to Texas.  Been trying to do a parody T-shirt again, once again based on The Foos.  The upcoming one will be a parody of the old LucasArts game called "Full Throttle", except it'll be called "Foo Throttle."  Yeah, me and my puns.

The last one I did was based on He-Man.  Except....it was called "Masters of the Fooniverse": 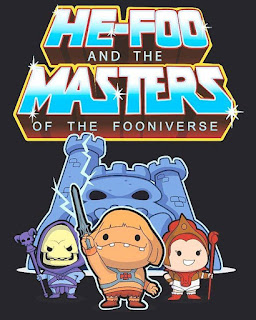 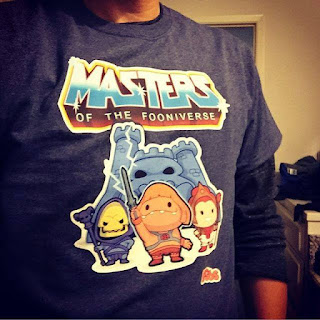 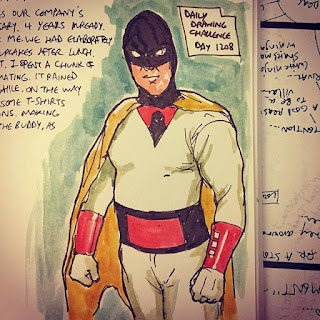 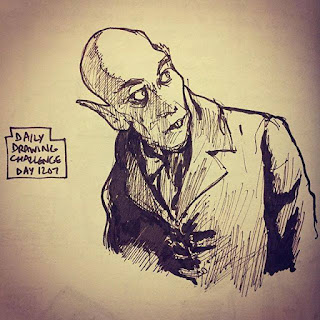