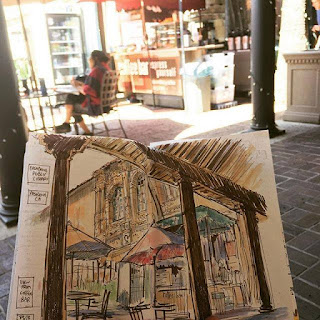 So, it is said that a habit can grow after you try it for 30 days.  So, this past month, I decided to write a limerick a day. Essentially, it was a way to get me to write anything, but establishing certain rules help a lot. I probably went over 30 limericks, but that's a good thing.  Most of my limericks were based on 80's film and current pop culture that I've been into.

There once was a slick lawyer named Saul
Up for a quick buck, never the long haul
He worked for a dealer named Walter
A tough job, but he didn’t falter
Even with cops around him, he wouldn’t play ball

2.
I watched the flick Dead Poets Society again
It teaches what is mightier than the sword--the pen
Despite being hailed by many a critic
I still find it anti-climatic
So I just take it with a salty grain

Lately, I’ve been trying to do a thing called “Kaizen”
Also called “One Minute Principle” by some men
Everyday do something for a minute
Don’t just say it, do it, and mean it
Eventually even increase that minute to a ten

Here goes my amateurish attempt at making a poem
Going through my words with a fine-toothed comb
Attempting a shot but getting a brick
Trying to make rhymes with this limerick
Might as well see it through, or pack up and go home

I’ve been trying to develop a writing habit
Poetry seemed easy--taking a stab at it.
Write a limerick a day
Then go on my way
Still, I’m more a turtle than a rabbit

6.
I started off trying to make the worst pun
But after a while, even that is no fun
You make people groan
But soon you’re on your own
You had many friends but now there are none 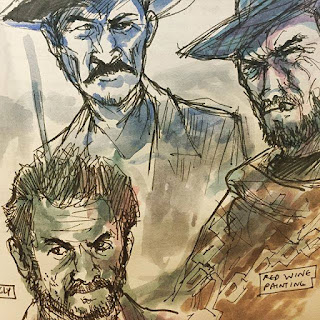 There once were cowboys named Angel Eyes, Tuco, and Blondie
One was good, one was bad, and one was ugly
Like all, made from the same mold
All they wanted was more gold
After a Mexican standoff, one fell to his grave, snugly

8.
Luke and Leia were royal siblings
They had the Force even as younglings
It became apparent when the Siths came
It was the galaxy they wanted to claim
They’re gonna need more X-Wings

9.
There was once a bounty hunter named Boba Fett
The scariest mercenary you’ve ever met
If you ever forget to pay
You can never get away
Because he’s fast, you’re slow, and he’s got a jet 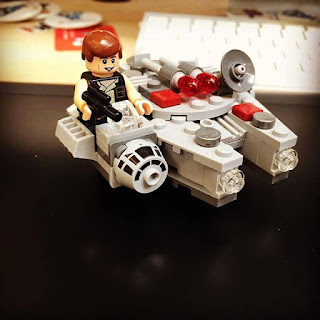 “Better Call Saul” season 3 is now on Netflix
Plus other shows, I can add this to the mix
Already in so deep
There goes my sleep
Binge watching while writing poetry for kicks

I’m so tired right now as I write this now
I’m a bit sleepy, grumpy, about to have a cow
I should go to sleep
Start counting some sheep
And with that, I’m off as I take my bow

Here I am playing another round of Overwatch
Took down a DPS, and SR going up a notch
My MEKA suit’s  ready
With Gold Kills already
Here’s to another game hoping I don’t botch
13.
It’s my sixth day attempt at creating yet another rhyme
Trying to keep a daily consistency until my 30th time
True, it’s more of an experiment
Yet it does bring some bit of merriment
Still beats vegging away with Netflix and Amazon Prime 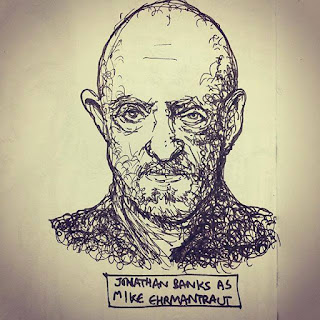 14.
Here I am binging on Better Call Saul
It’s a slow burn but I’m having a ball
Jimmy is really funny
And always out of money
It’s a treasure trove of dry humor in the banal

Daniel got beaten by a bully named Johnny
He couldn’t fight and was a bit scrawny
Then he met Miyagi
Who taught him karate
He’s good now, but he’s no Jackie or Donnie 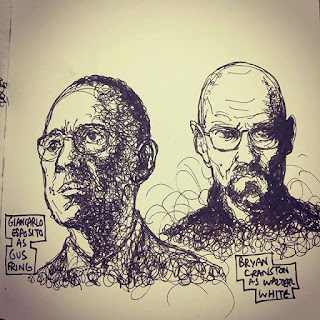 Tuco was a dealer in all things narcotic
Killing his friends, he was quite the neurotic
Then things got quite messy
He kidnapped Walter and Jessie
And finally got shot for being too psychotic

17.
Jack was a producer who thought he’d never lose
Until he met the Don who specialized in booze
Left a dead horse on his bed
With only its head
He had made him an offer he couldn’t refuse

David was a hacker too good for his own good
He can crack any system—he was quite shrewd
Until one day
He started Doomsday
With everyone after him, he was quite screwed

Billy learned three rules about his pet that night
Keep him away from water and sunlight
But he felt like a fool
For not following that rule--
Never feed him after midnight!

Sledge always carried a giant handgun
To him, the only way to get things done
He shot first, asked later
Not quite the best investigator
Not just crooks but civilians were on the run

Mikey found an old map in his attic
Seeking treasure, he got quite dramatic
He went underground
With friends and Short Round
But had to be careful, as he was asthmatic

25.
Three scientists worked hard to find a ghost
But one of them was more like a talk show host
He was a bit of a poseur
Till he was attacked by Gozer
This was his last straw--this chick was toast! 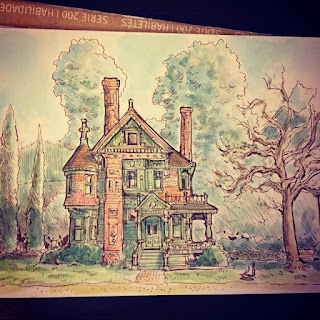 26.
Three stars had lived in a Hollywood bubble
Till they found a Mexican town in trouble
Bandits were burning and shooting,
Pillaging and looting
That El Guapo could turn a town into a rubble

27.
He had no qualms putting androids to sleep
Just part of the job, no need to weep
But in his aggression
Never asked the question
Do androids dream of electric sheep?

He was a fine pilot, but recklessness was his vice
A bit of a maverick, he never played nice
Played fast and loose
When he flew with Goose
No surprise he was too dangerous for Ice

29.
Helping to start a war wasn’t his original plan
Just a way to earn money the best way he can
Since the Man in Black
Had now joined his pack
He could now look for the six fingered man

Marty only wanted to sing and play the guitar
Stuck in Hill Valley, he wasn’t going very far
One day, he drove very fast
Until he went to the past
Who knew his DeLorean was a time traveling car?

I went to go see “Ready Player One” today
Fun flick, even if CG felt a tad Michael Bay
More rounded than the book
80’s nods were not its only hook
More accomplished than “A.I.”, I would say 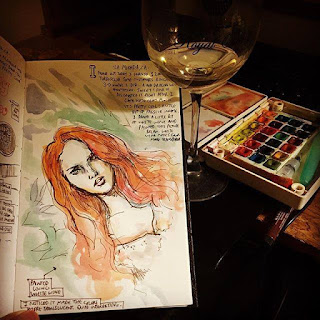 34.
Murphy was a cop killed by Boddicker and his gang
Came back a cyborg, threw Clarence ‘round until he sang
He said no line
While blowing up Ed-209
With the Cobra Assault Cannon, state-of-the-art, bang-bang

He was a problem solver for the Phoenix Foundation
Using his mind, he could escape almost every situation
His Swiss army knife
Often saved his life
With duct tape, there was always room for improvisation

36.
Time travel wasn’t Reese’s preferred way of travel
But had to before the civilization could unravel
Preventing Skynet
The A.I. threat
And a nuclear war that would turn humanity into gravel

Here are the limerick subjects tackled above: 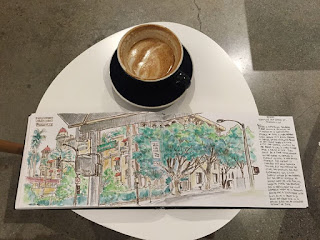