This weekend, I checked out the Jim Henson Exhibition, which just opened, at the Skirball Cultural Center with my fiancee. 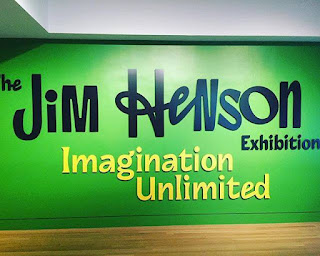 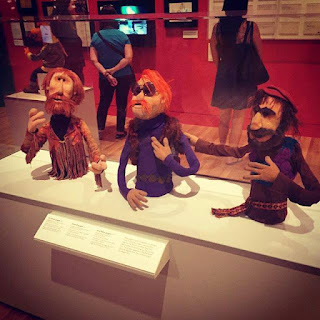 
Skirball Center often has work that lean toward a Jewish heritage, but perhaps not so much in this case since Jim Henson wasn't really Jewish.  Frank Oz (who voices Ms. Piggy) was Jewish, so I guess there is some connection there.  From what I've gathered, Jim Henson's positive influence for all societies in general was the reason he was featured--a great reason, certainly.

I've been a huge fan of Henson's work starting with The Muppets, Sesame Street, Dark Crystal, Teenage Mutant Ninja Turtles, and Little Shop of Horrors.  The Exhibit had lots of great material, including Henson's puppets, concept art, props, and really good information about his outlook and general philosophy.  The Jim Henson Company sounded like a magical place to work at.  The characters reflected that--they sang songs and were nice to each other. 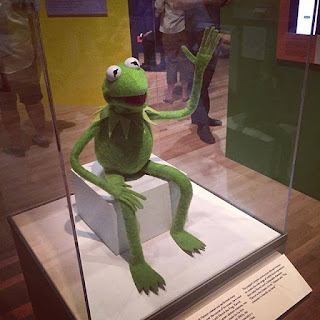 Kermit the Frog welcomes you! 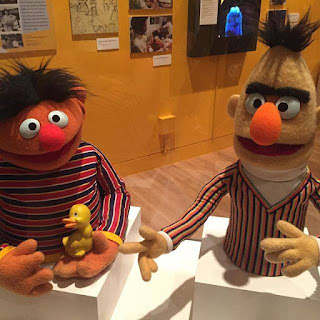 
My favorite parts were probably The Dark Crystal section, which had the puppets from the movie, such as the crone-like Aughra and the scheming Skeksil.  I stood by and sketched a bit, observing their form and complex design.  I got lots of positive reactions from the people there.  So, it turns out that The Dark Crystal was inspired by Grimm fairy tales of old.  Jim Henson felt that healthy kids should be allowed to deal with things like fear and creepiness.  Thus, a good chunk of Dark Crystal has some grotesque elements and occasional creepiness, but also some amazing detail and personality. It was quite the opposite from his usual simplified puppets--this was more design-heavy. 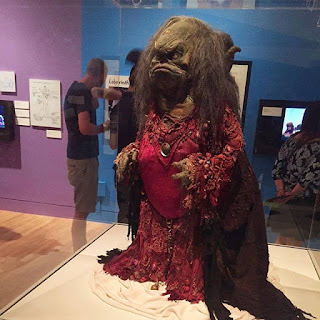 Aughra was played by Frank Oz, who did Yoda 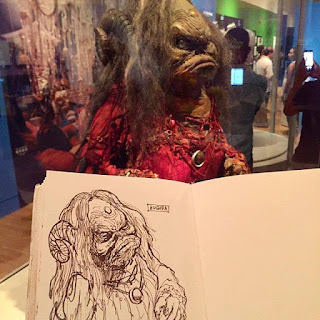 Took out my sketchbook and did my thing 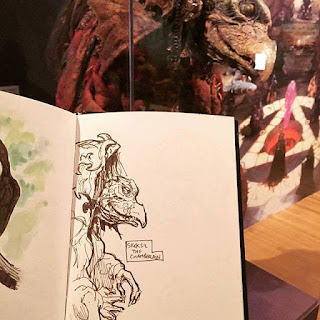 Skeksil the Chamberlain had some great design work


The other thing I've noticed were how many of the visitors were virtually all adults, geeking out over all these symbols from their childhood. 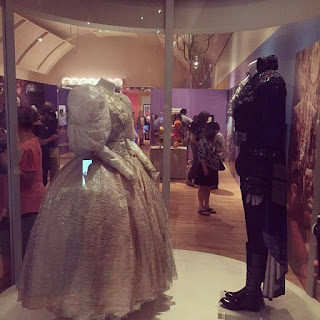 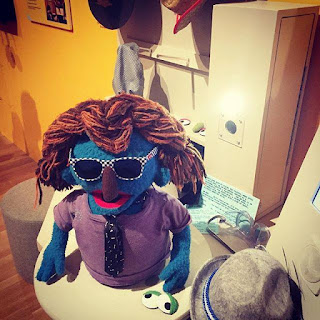 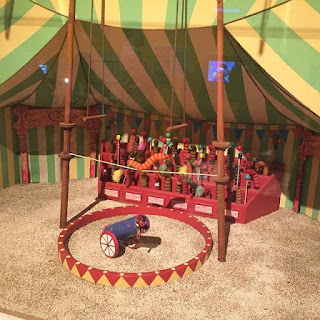 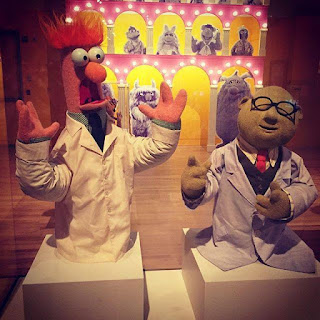 Bunsen and Beaker. Henson characters often had dual characters who played off each other. 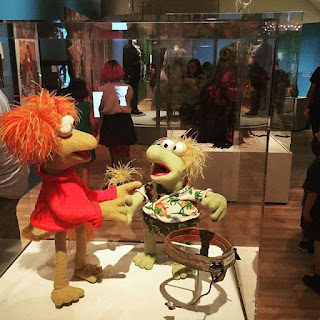 Fraggle Rock -- I wasn't really into them, I admit. 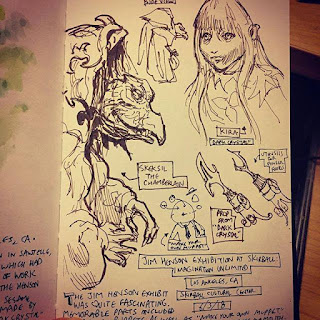 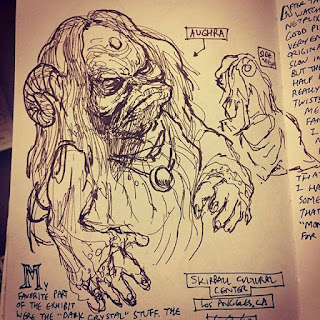 Overall, this was a wonderful time. It was nice to see that Jim Henson and the gang really cared about their characters and the stories they told.  There's a Dark Crystal series that is currently being worked on for Netflix at the moment--I'll probably watch it, as I really enjoyed that world.

I'll leave with some clips:

Luke Skywalker visits The Pigs in Space!
Dark Crystal had some great style
How they made Audrey 2 to look this realistic is quite genius. They filmed it slow then sped up to match the mouth movements with the song as it would be too hard otherwise. Quite brilliant.
Posted by d_art at 11:48 PM No comments: