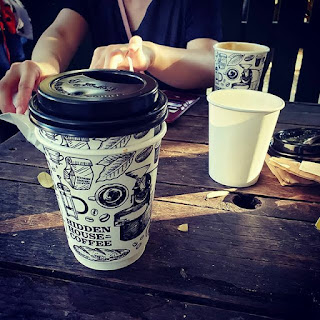 This is a tough list, but it seems like a good topic especially if you have a blog.  What were my favorite movies of this decade?  Well, here is my Top 10 List.  To note, there may be great movies I may have missed in here simply because I haven't seen them.  For example, I can't speak for "Once Upon a Time in Hollywood."  And, I'm still not done with "The Irishman."

I had a whole new respect for Bradley Cooper after this film, and I'm sure for many other people as well. Jennifer Lawrence won her Oscar here, and deservedly so.  This is a romantic film about people going through mental and emotional problems which also happens to be heartwarming, empathetic, and hilarious.  The characters really bring this film alive.  The dialogue is also sharp and beautiful.  The film is also about a dance competition.  Chris Tucker gives a dramatic turn here.  The film managed to keep me on my toes, which is saying quite a lot.  Another film of this ilk, although not as great: As Good as It Gets (1997).

"Everything is awesome" is a song that will be equally catchy and cringe-worthy after watching this commercial-disguised film, which actually also happens to be about creativity, conformity, special-ness, and oddball mixture of ideas. I probably consider this to be Chris Pratt's best film (although it's just for the voice).  Good voice-acting is quite essential to a film like this where characters are literally made of blocks, where expressions and movements are highly limited.  Directors Chris Miller and Phil Lord brings ton of inventiveness and detail where one wouldn't find such copious amounts of.   If you liked this, equally amazing is The Lego Batman Movie (2017), the best Batman movie of this decade.

One can argue that this film is more style over substance, or say the style is its substance. Nevertheless director Nicolas Winding Refn has made a film that engages throughout.  Silence plays a key part of this film. The action gets bloody and comes suddenly.  Fans of film noir will have many things to like about this film.  Plot-wise it may not be something truly new, but this film proves that "how you show" can be more effective than "what you show."  If you like stylish macho car films with quiet heroes, one could go with the classic, Bullitt (1968).

Given Martin Scorsese's proclivity for portraying gangsters in much of his work, it is quite surprising to see him tackle subjects that are quite "silent" and thought-provoking in comparison.  Andrew Garfield does a great turn here as a 17th century Portuguese missionary in Japan where Japanese Christians are persecuted by the shogunate. The film's mood is contemplative, solemn, and treats the characters with respect and complexity.  Allowing time and space for the viewer to take in and struggle with various thoughts, emotions, and spiritual (or non-spiritual) ideas that this film explores is what separates this film from many.  A similar film (but not quite as contemplative) also starring Andrew Garfield is Hacksaw Ridge (2016).

Jesse Eisenberg shines in this film with his quick delivery of well-written lines and David Fincher's stylistic way of presenting a non-cinematic subjects in a very cinematic way pushes this film beyond being just a drama about Facebook.  This is a type of story you'd see in a made-for-TV drama, yet Fincher gives it that special push with characters that feel bigger than life.  The dialogue is great too.  Eisenberg has just the right amount of snarkiness and pomp that makes him equally likable and insufferable.  Einsenberg was also quite good in the highly entertaining Zombieland (2009).

I was surprised how brilliantly conceived this film was, which I didn't expect at all.  Cate Blanchett won an Oscar for her performance, and well-deservedly so.  It is a dark comedy / drama about a formally-rich socialite, Jasmine (Blanchett) who falls on hard times and must move in with her working class sister in San Francisco, which creates a lot of tension.  The film plays on the themes about love, deception, and delusions.  The film goes back and forth between the present and the flashbacks that reveal piece by piece how Jasmine lost all her money and her husband. The film can be seen as a comedy or a tragedy depending on how you look at it.  There are subtle moments that start to make sense as the film progresses.  It is one of those films that stay with you after it's over--then you look back and rediscover new things.  Less said, the better.  If you like stories about flawed characters, but less funny, then you might like Marriage Story (2019).

This is talking about the Korean film, not to be mistaken for the American film, Mother! (2017).  Directed by Bong Joon-Ho, who directed Parasite (2019) and the masterpiece Memories of Murder (2003), this film is a thriller about a murdered teenage girl in a small town.  An intellectually-disabled young man (Won Bin) is blamed for the crime and arrested. Kim Hye-Ja plays his mother who investigates on her own to find the true killer and clear his name.  This film manages to really get under your skin in uncomfortable and emotional ways.  Kim Hye-Ja has won awards for her acting in this film, and deservedly so.  Bong Joon-Ho is adept at moving between humor, drama, and thrills quite well, and this film is no exception.  Watch Bong Joon-Ho's other great film, Memories of Murder (2003), if you haven't.  One of the best and creepiest police thrillers out there which also inspired David Fincher's Zodiac (2007).

That war film by Christopher Nolan. A bit more disjointed in terms of narration (perhaps helps in its realism) compared to his other films, this film really brings in the "mood" of war.  The film is beautiful to look at, well-acted, and the sound effects are excellent.  This is not very dialogue heavy or plot-heavy like Nolan's other films, but really gives you a feeling of "being there."  The film consists of many different "moments" as opposed to a focus on a particular character.  A very rare movie of its kind, and certainly leaves a strong impression.  I'm still processing it.  If you liked this, Christopher Nolan's best film (and smaller scale), in my opinion, is still Memento (2000).  A true noir classic.

This film is a reminder that Denis Villeneuve is a serious director, and if he makes a sci-fi film, he'll take it seriously, darn it.  Here we have a director who may be the opposite of Michael Bay in telling a story.  You do not have to show everything--just the right stuff will do.  The film is also heavily character-driven.   It is not just cerebral sci-fi stuff.   The details are great, such as how linguists process new languages.   The whole film is a series of puzzle pieces which one can appreciate fully as things unfold.  Well acted by Amy Adams.  Another pretty good sci-fi that has good amount of detail without overdoing it is District 9 (2009).

A wonderful achievement. One of the best films I've seen in a long time. To be honest, I've never been much of a Sam Mendes fan.  At times, I find his work too stylistic, with too much surreal lighting, such as his Bond films.  This story takes places in World War I where two British soldiers are tasked to send a message by foot behind enemy lines to a commanding officer to call off an attack so the British battalions wouldn't get massacred via a trap set by the German army.  However, what truly sets this film apart are its painstaking technical achievements.  The whole film, essentially, with a few exceptions, is one long take.  The details, the backdrops, camera, and acting has to work in perfect harmony to get what is achieved here.  This film wouldn't win any editing awards because there pretty much isn't any to speak of.  The final result is a film that feels like you are right there, experiencing the tensions and the horrors of war.  Some of the exciting video games I've played feels a lot like this (and I mean that in the best way).  Film medium is not an interactive medium but this comes close.  One wonders why there aren't many horror films that are done in one long take like this--it is certainly great for creating tension. The film is amazingly shot with cameras going into seemingly impossible places.  Simply-speaking, this film is one of a kind, not necessarily by its subject, but by showing the amount of depth one can explore with the film medium. If you liked this film: there aren't films that are quite like this film, although Dunkirk (2017) comes pretty close in terms of the mood and perhaps Memento (2000) for exploring a novel story-telling style.


Honorable Mentions (Didn't make the list but almost did):

If there's one film that I've seen that really firmly stamps Taika Waititi's skills as a director, it is this film. It is amazing how effortlessly clever this film is.  I've been tired of the vampire movie genre for a long time.  Before this film the last good one was probably The Lost Boys (1987) or maybe Bram Stoker's Dracula (1992).  Who knew a documentary on vampires could be the best way to present this story?  Honorable mention along similar veins is Trollhunter (2010), also quite amazing.

If Stanley Kubrick's 2001: A Space Odyssey (1968)  was meant for the art crowd, Christopher Nolan's Interstellar was probably meant for the masses.  This is not to discredit the type of film that Interstellar is.  It is certainly a more emotional film than 2001.  Perhaps not as cerebral, but one can argue makes about equal amount of sense at the end.  Similar to 2001, I also enjoyed more of the first 2/3 of the film.  But, hey, as sci-fi films go, if a film makes you want to look further into the distance of our galaxy, it's a pretty good accomplishment in this day and age of loud, explody special effects in space.  Thankfully, just the fact that we didn't hear the explosion in space in this film should be taken into account as a plus.  There are some great music and thrills in this film.  I loved the AI.  Matthew McConaughey did quite well here.  If you haven't seen 2001: A Space Oddyssey (1968), you probably should see that first.

This film manages to be enlightening, emotional, and quite cerebral. If you're into the internal landscapes of the mind like I am, this film is right up your ally.  I once used to be Psychology major for a brief time at UCI, and this film reminds me of those times.  The concept of one's emotions being personified as separate entities isn't particularly new, but has never been done quite as well as it has been here.  If you liked this film, Pete Doctor's Up (2009) is pretty much right up there with this film.