Creating a new post is hard... but at least I have pictures.

Creating a new post is hard...especially if you've been out of practice. The last time I wrote on this blog was before the pandemic.  Secondly, posting on facebook makes you post less in a blog.  I remember back when I used Xanga, which was sort of like Blogger, but mostly for younger hip crowd..or so I thought.  Anyways, that was then, and this is now.

One of things I still do is to draw.  And, more specifically, draw on my sketch journal.  I think I've gone through more than 16 of them by now.  Some are horribly drawn, but the idea is to keep a consistent habit of it, whatever it is.  It's usually only when I look back at the art that I realize I've done anything at all. 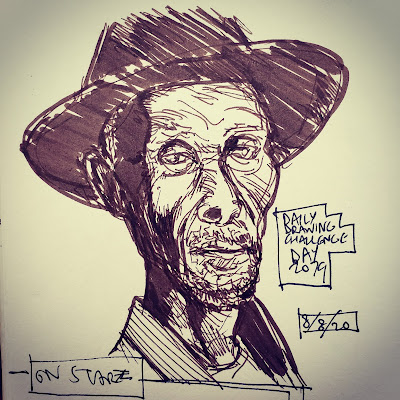 Daily Drawing Challenge is a facebook group I occasionally frequent.  They post photos, and people like me would draw what we see.  It was a black and white photo I saw.  A sketch never comes out quite the way it actually looks.  It's all lines, no gradients.  Thus, it becomes all about the strokes.  Well, at least strokes have personality. 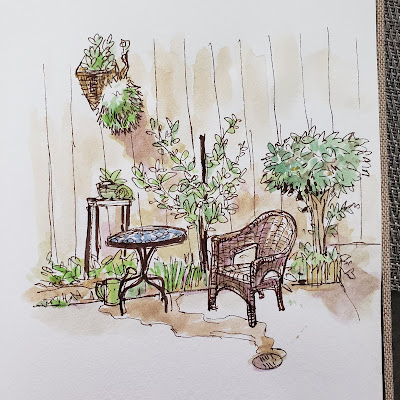 This is my backyard.  We've been growing green onions and tomatoes.  Now, we've added some cacti.  Desert plants add a bit of "California" to any garden. 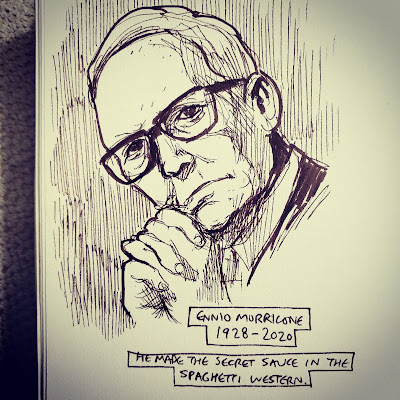 Ennio Morricone passed away recently.  He made the secret sauce in the Spaghetti Western.  You know, "sauce" because it's in spaghetti?  That's me trying to be clever.  Speaking of clever, Sergio Leone, the father of Spaghetti Westerns, was clever.  He really knew how to showcase a good soundtrack.  One could argue the Clint Eastwood spaghetti westerns were an extended music video--the music was done first and Mr. Leone made images to match it. 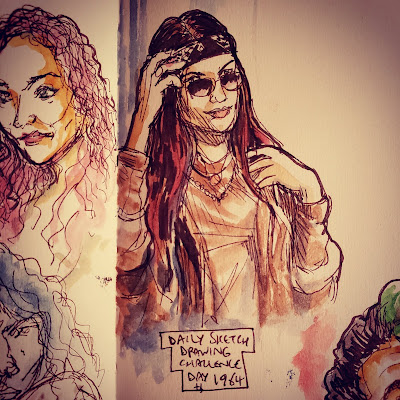 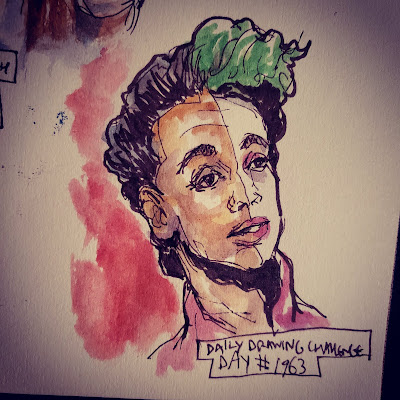 More Daily Drawing challenges.  The above image is supposed to be Prince, with half of his face in Joker makeup.  This was back when he was doing the music for the 80's Batman movie.  Michael Keaton is strangely more appreciated now than he was back then as Batman.  Certainly nostalgia has helped us appreciate older films even more as our lives have become intertwined with them. 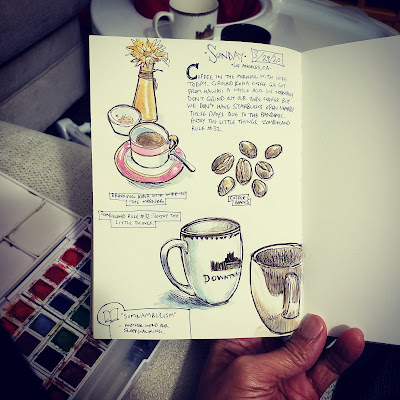 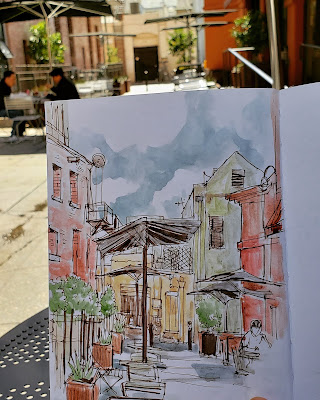 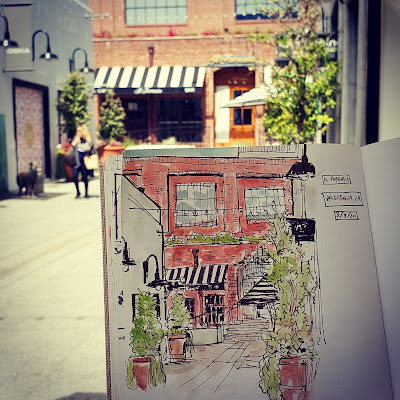 My afternoon sketches during lunch time in Pasadena, CA, which was where I was working before the pandemic. I still work at the same company, but I work at home now.  Quiet moments are quite rare now since I have a kid.  Moments to sketch are rarer as well. 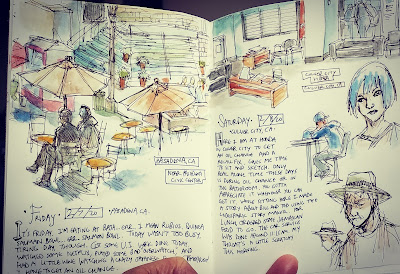 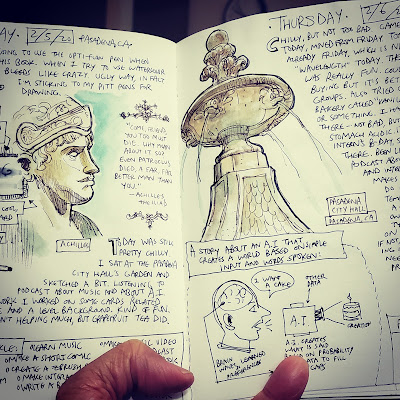 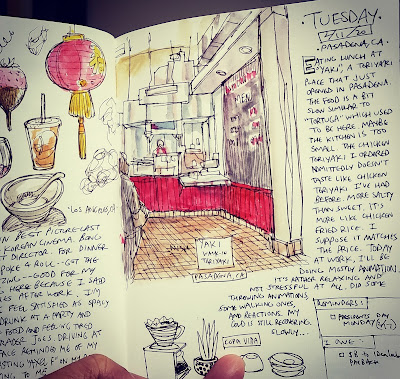 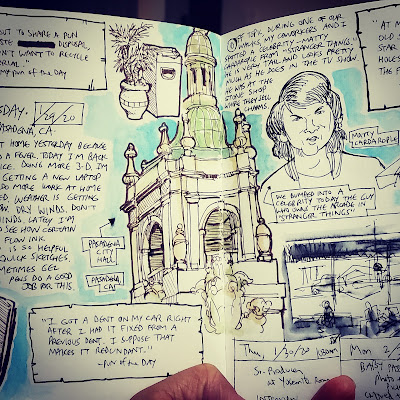 Here are some more drawings of Pasadena before the pandemic.  I kind of miss Pasadena.  I mean, I don't miss the long drives, but I do miss the food and atmosphere. 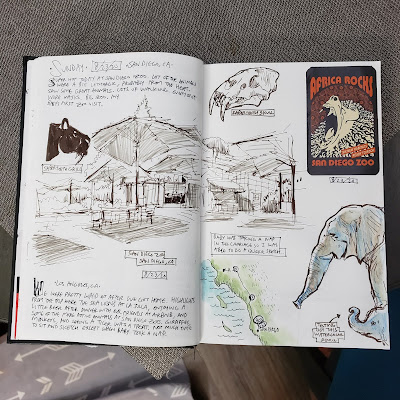 Here is my latest sketch.  I was at San Diego Zoo this past weekend with family and another couple.  My baby's first zoo visit.  Pretty cool.  The zoo happened to be open as San Diego cases haven't been as severe.  You still had to wear a mask, keep some amount of distance, and there were no rides in operation, but it was still pretty functional as a zoo.
Posted by d_art at 10:12 PM